Introducing our 2nd & newly released album, “Days of Us”

73 OF THE WORLD’S TOP MUSICIANS collaborated to create Seraphonium’s sound with rich, melodic songs that chase genres.
From theatrical to pop to folk to world music – is completely unique. 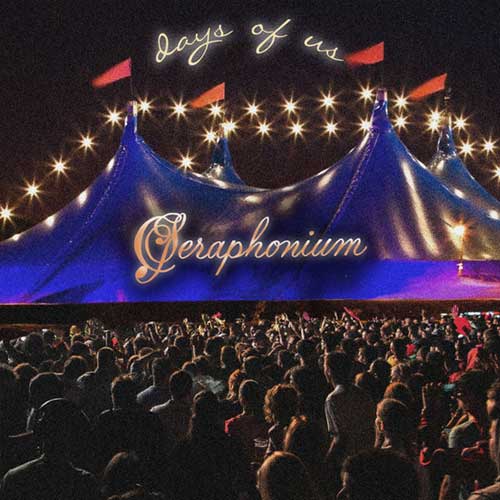 Buy it on iTunes

SERAPHONIUM’S 1st RELEASE – “After A Many Summer 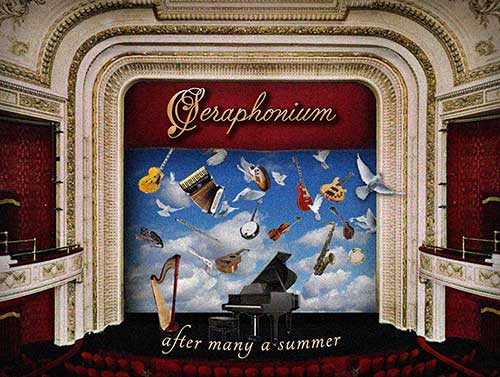 Buy it on iTunes 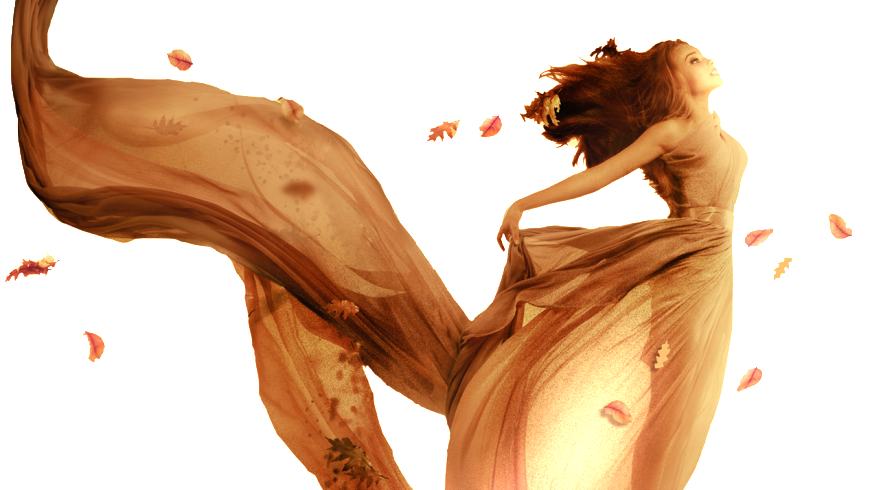 Performing under the name Seraphonium, and to manifest his lyrical and melodic intuitions, Monte marshaled musical collaborations with seventy-two of the most accomplished and respected session and live musicians from the Los Angeles and Santa Barbara areas. Recorded in Santa Barbara and Ojai studios, “After Many A Summer” is an ambitious, sophisticated, cool and complex body of work.

Of this project, Monte says, “I started my creative life as a songwriter and musician. I later became a literary writer. But over the years, music stayed in me, and once my books were published, I returned to songwriting and began recording with the help of the amazing, creative, and technical people that brought life to this project I call Seraphonium.”

“After Many A Summer” is currently available on iTunes including the artistic booklet and lyrics.

Seraphonium’s debut benefit concert, featuring the best collective of Santa Barbara’s top musicians to ever perform on one stage, as well as key, noted Los Angeles musicians and performers, will showcase Monte’s songs at Santa Barbara’s modern, visionary Marjorie Luke Theater on Friday, November 20, 2015, located at 721 E. Cota Street. All ticket sales from this once-in-a-lifetime concert will be donated to AHA!: A non-profit committed to transforming the world by empowering teens to create peaceful and connected communities.

A FEW FACTS ABOUT THE PROJECT 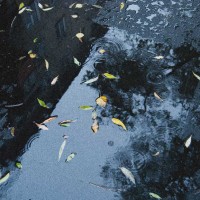 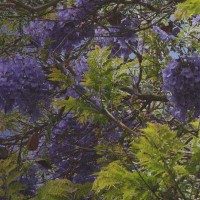 Instruments used on the album 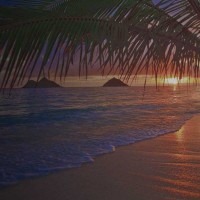 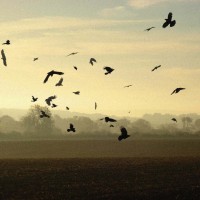 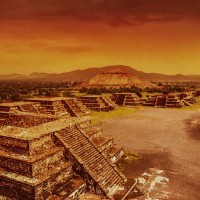 summers to create the music 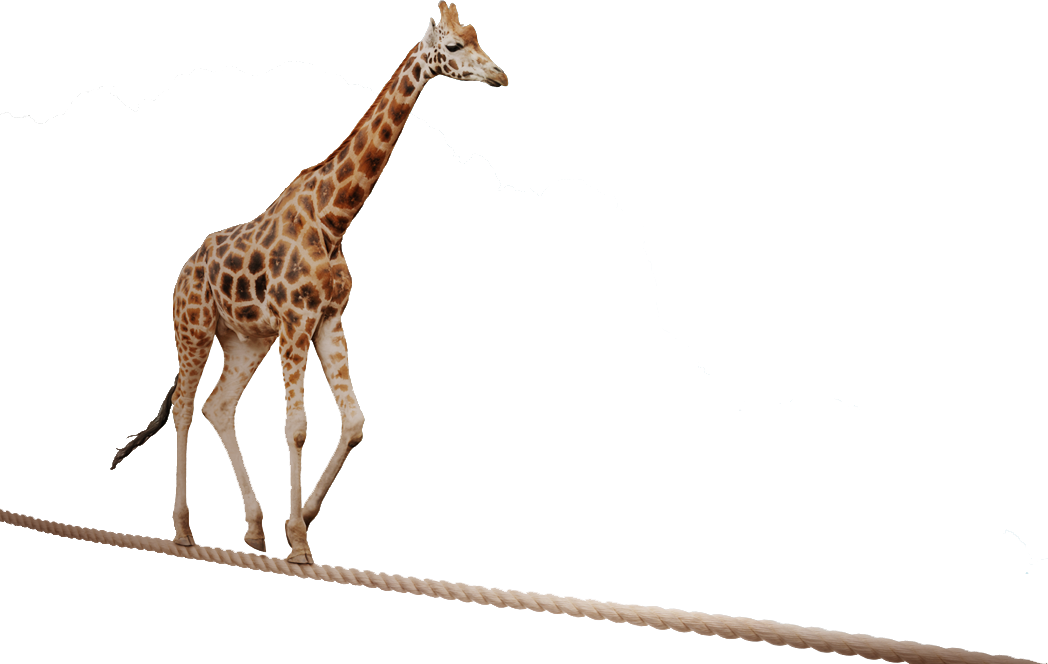 An avid supporter of his local artistic community, Monte also resurrected the Santa Barbara Writers Conference (SBWC) and its forty-six year-old community of writers. As the eldest son of Charles M. Schulz, who was an integral part of SBWC with founders Barnaby and Mary Conrad, Monte inherited his father’s appreciation for great literary works and the power of the written word. He now carries on the family legacy of writing and storytelling, from comic strip to literary fiction and songwriting.

Monte has taught literary writing style for fourteen years at SBWC and is a lecturer at the College of Creative Studies at the University of California at Santa Barbara (UCSB).

Musician/Producer Brian Mann (Kenny Loggins) says “Monte has a combination of great talent, intelligence, a heart of gold, true musical and lyrical gifts, wisdom and wise instincts … his Seraphonium is music at a higher level. I love working on these songs.”

John Lancaster, keyboard player for the Gary Allan Band, described “A Song Of You,” track #1 on the album, as “a sonic masterpiece.”

As wonderfully as the Seraphonium songs are played and recorded, what truly stands out is the quality and diversity of Monte’s songwriting. “Although I consider myself as much a composer as a writer,” confesses Monte, “I do try to tell stories in both my books and my songs that I hope entertain, and perhaps instruct, those who read and listen to them.” 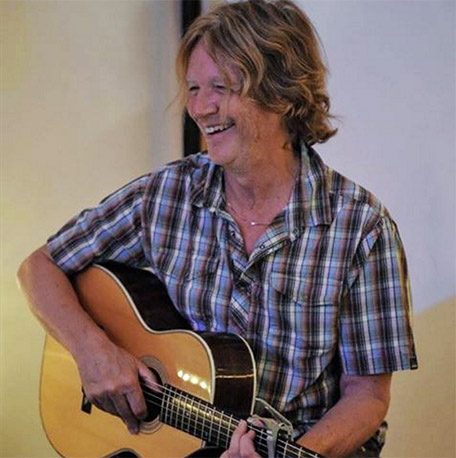 Monte is also a prolific author who has published six novels, the latest being a one-thousand plus page epic literary novel,“Crossing Eden,” to be released in December by Fantagraphic Books.

Crossing Eden is the story of an American family in the summer of 1929, when a failed businessman divides himself from his wife and children, and a troubled farm boy runs away from home in the company of a gangster. It’s also the tale of a nation in the last months of the Roaring Twenties, a glittering decade of exuberance and doubt, optimism and fear.

* These Artists will be performing at the November 20th Seraphonium performance.

Monte’s musical momentum moves on as Seraphonium continues to record new songs for a follow-up CD due in early 2016. 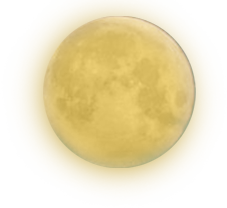 Thank you to everyone who attended Seraphonium’s First Live Concert Friday, November 20. A once-in-a-lifetime musical collaboration of the “Best of the Best” Santa Barbara atists together for the FIRST time on ONE STAGE, played the visionary and melodic songs of producer-impresario songwriter Monte Schulz.

With over 700 people in attendance, we were thrilled the Santa Barbara community showed resounding support for Seraphonium and for AHA! by raising over $5000.00!

AHA! is a non-profit committed to transforming the world by empowering teens to create peaceful and connected communities. Visit ahasb.org for more information.

Be first to know about performance updates and news about Seraphonium. 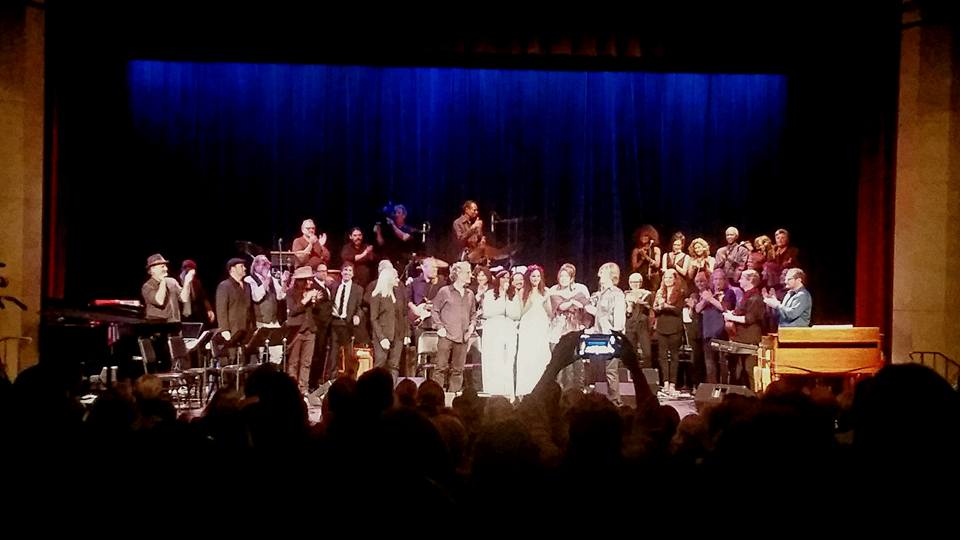 Monte Schulz and key members of Seraphonium are available for interviews for print or online feature articles, TV and radio interviews, music blogs and music reviews of the album.

To arrange meetings with Monte, his producers or band members by phone or in person, or for a link to the music, or any information about Monte or Seraphonium, please call or email.

“Monte Schulz’ ambitious ‘Seraphonium’ project was a major live event of 2015, and the album that spawned the live show is a sweet, polished jewel.”
– Josef Woodard, News-Press Correspondent

“The SERAPHONIUM album is spectacularly written and performed and is simply gorgeous.”
– WBSD FM

As seen in over 156 stories of major newspapers and television networks –
Featured on over 100 radio stations around the globe and growing.

Join the buzz: Ask your local station to play your favorite Seraphonium song.

Seraphonium buzz is spreading from country to country: Over 270,000 headline impressions in over a dozen languages and counting. 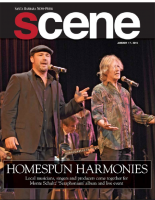 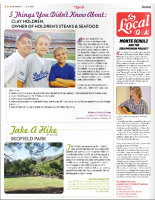 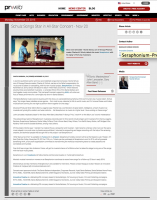 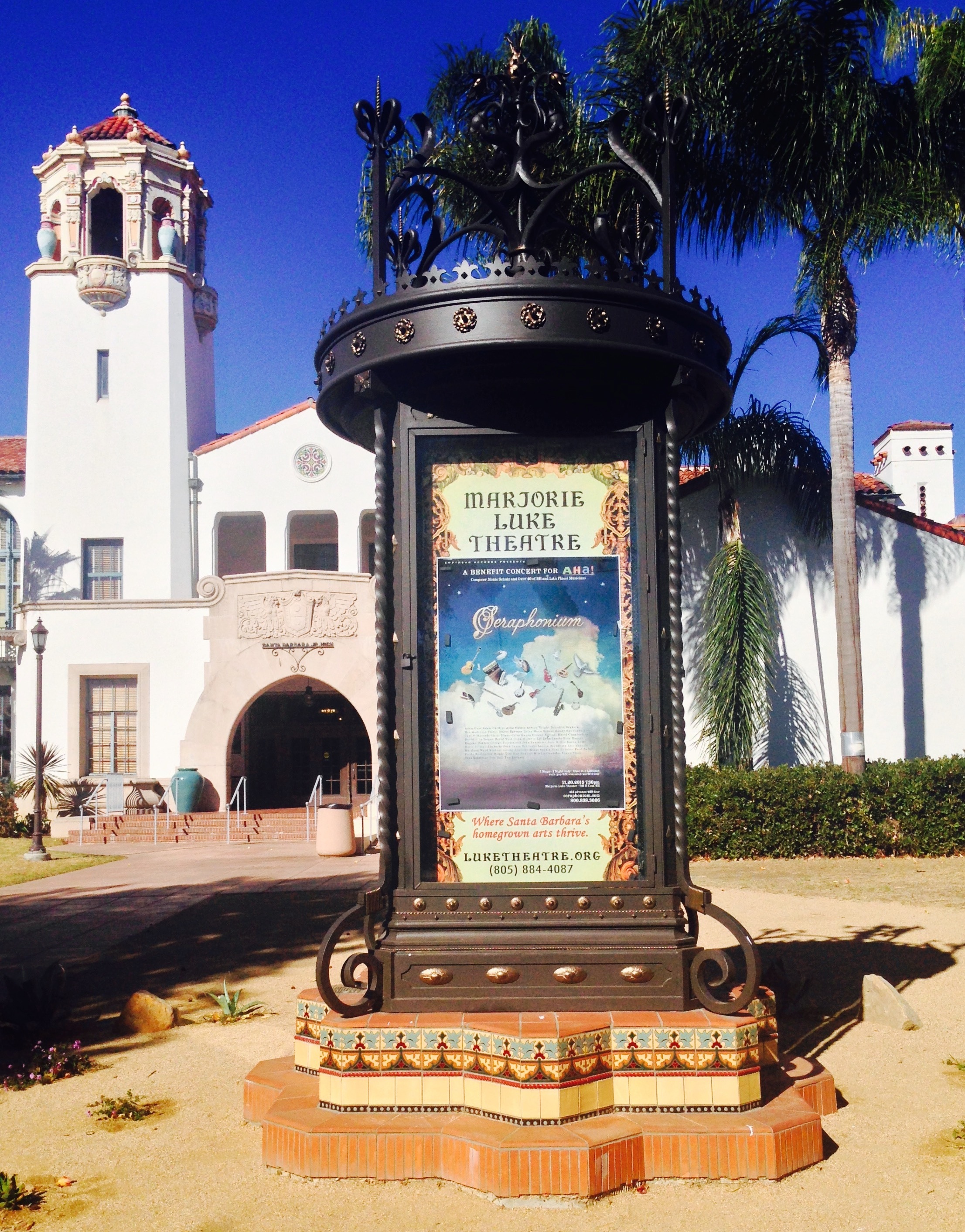 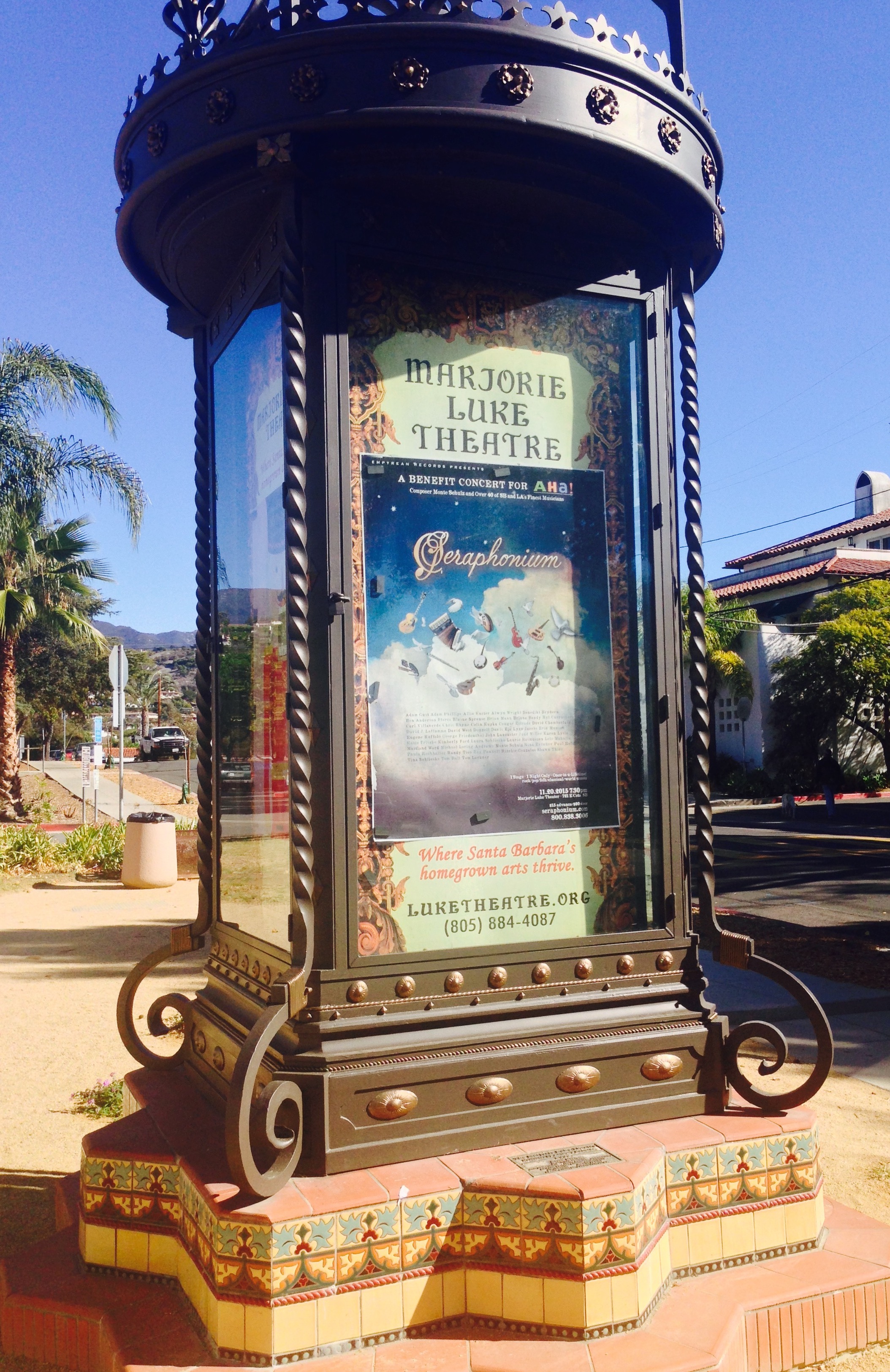